Home Archives Profile Subscribe
Aging Fast
What Do You Think Of All This? 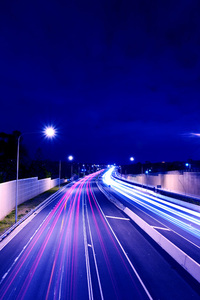 I left our company's sales kickoff meeting in Miami around 5:00 pm just in time to hit rush hour traffic on I95.  The meeting was good and my presentation earlier in the day went well.  But I must admit, I stalled before getting on the road.  I could have left earlier if I wanted to, but I put it off until all of the sessions were over.

My rental car was a suboptimal PT Cruiser, ironically lacking any cruise control.  I knew I wouldn't make it in time to see my mother at the hospital tonight, but I'd see my father and maybe my brother Shawn would still be up.

It felt like I was leaving one world and going into another.  There was nothing between me and my destiny but  250 miles.  I killed time while I was driving.  I called friends, I called family, I called my wife.  I ended up not getting hold of anyone and leaving messages.  I listened to the one CD that I had, a punk rock disk of the Sex Pistols.  I listened to it over and over again as loud as possible.  I'd been listening to the Sex Pistols a lot lately.  I was driving as fast as I could but it felt like I was getting nowhere.

An hour or so into the drive, I got hold of my brother Mike.  He had left my parents a couple of days ago after driving down from Toronto.  In his view, my parents were at peace with my mother's situation and they were taking care of all of the preparations for what would happen when she died.  He said mom was in palliative care at this point, meaning it was not about getting better, it was about providing for comfort and minimizing pain.  Mom had established a living will and requested not to be kept alive by artificial life support systems. Even before Christmas she'd decided on her pall-bearers.

Jesus, I thought.  I was dumbfounded.  Why am I learning all this right now?  Maybe I'd heard it before but it just hadn't sunk in.  My mom is dying.  Who knows how long she has to live?  He said not to worry about the details or the logistics of the situation.  That was under control, he said.  I told Mike I'd call him tomorrow.  I turned up my music.  It was loud and angry and that suited me fine.

An hour passed and my friend Glenn from Chicago called me back.  Glenn and I were close friends when I lived in Chicago fifteen years ago and we're usually in touch once or twice a year.  He had sent me an email a couple of days ago.  We talked a bit about work and he asked how I was doing.  I knew his father had died of cancer a few years back.  So we talked about my mom's situation. Maybe more than anyone else he understood what I was going through.  Eventually, it was too much though.  I just didn't want to talk any more. I didn't want to think.  I didn't want to speculate.  I didn't want to feel anything.  I just wanted to be alone in the darkness on my drive.  I went back to my CD to numb out all my thoughts.  Anything to take me out of where I was.

By 9:00 pm, I was hungry and I got off the Turnpike in search of food.  I found a cheap but good mexican fast food restaurant called La Grange.  I was the only white guy in the restaurant, but I didn't care.  I was probably the only software guy and the only marathoner, so what did that matter?  I got a take-out order of chicken, tortillas, black beans, plantains and a diet coke.  It was the kind of place that my brother Mike would like and that made me feel a little less lonely on the drive.  The food was good and it cheered me up.  I still had a hundred miles or so to go.  I called my father to let him know I'd be getting in late.